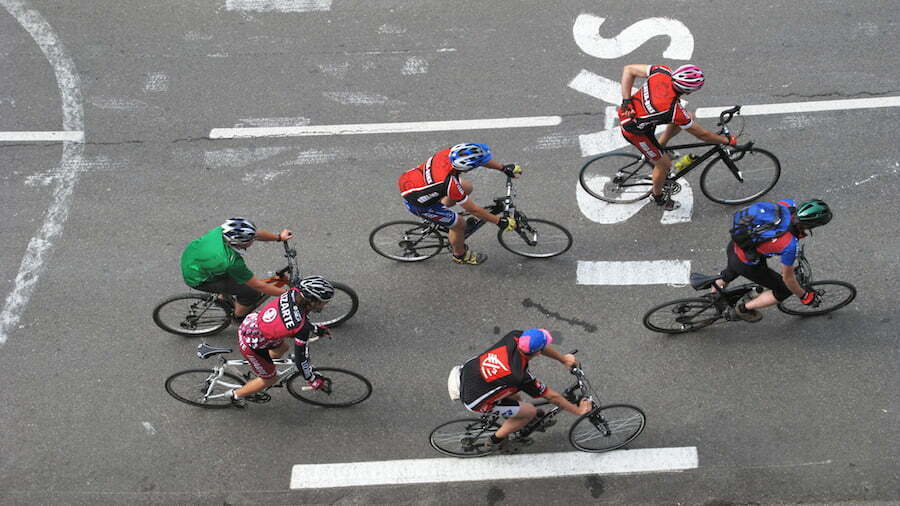 On the rest day of the Tour I was struck down with a stomach bug, so while Helen went up to the Col to witness the hundreds of riders experiencing the Tourmalet first hand I lay in the tent recovering. On the eve of Stage 17 and the culmination of this year’s Tour in the mountains the region was hit by huge storms. Thunder so loud and close the ground shook (we could tell as we were camping). For a while in the morning we doubted if we would make it up to the Col for the race, so bad were the conditions – but seeing countless others head up (mostly draped in plastic sheeting) and having come so far we decided we would regret turning back at this late stage. The weather – or at least the rain – held off, instead the cloud rolled in. By the time the Caravane arrived it emerged from the mist like a bizarre ghostly procession. Still – the crowds went wild as even more merchandise was dished out, hats and ponchos being the favoured items. By the time the lead riders – Schleck and Contador – arrived visibility was down to about 30 meters, still this was the epic battle the organisers and crowd had wanted and there was no way a bit of cloud was going to dampen our enthusiasm. Cheers, claps and even vuvuzelas greeted the riders to the summit of the last mountain of the Tour. Armstrong, in his last Tour got a big cheer, as did local rider Sanchez who was placed 3rd at the time. Once the main contenders had finished we tired to get a glimpse of the presentations – unfortunately, due to the cloud, a glimpse is all we got. The atmosphere was amazing, the setting epic, but the weather was disappointing. We considered two out of three a result.