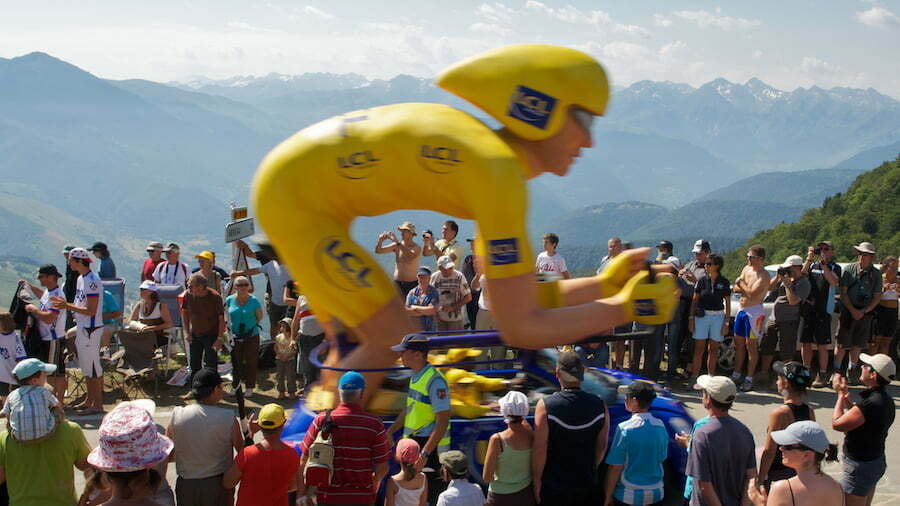 2010 was a significant year for the Tour de France, it being 100 years since it first rode into the high mountains of the Pyrenees. With climbs such as the Port de Pailheres, the Col d’Aubisque and the Col du Tourmalet (twice) on this years route the organisers had made sure it would be a fitting tribute to the blood, sweat and tears which have paved it’s way here. We managed to catch up with the Tour on three separate stages, including on the mighty Col du Tourmalet – where the mountains had their own idea of what a celebration meant – shrouding the tops in thick cloud while Andy Schleck and Alberto Contador battled it out for the Maillor Jaune. None the less it was an epic moment of sporting history.