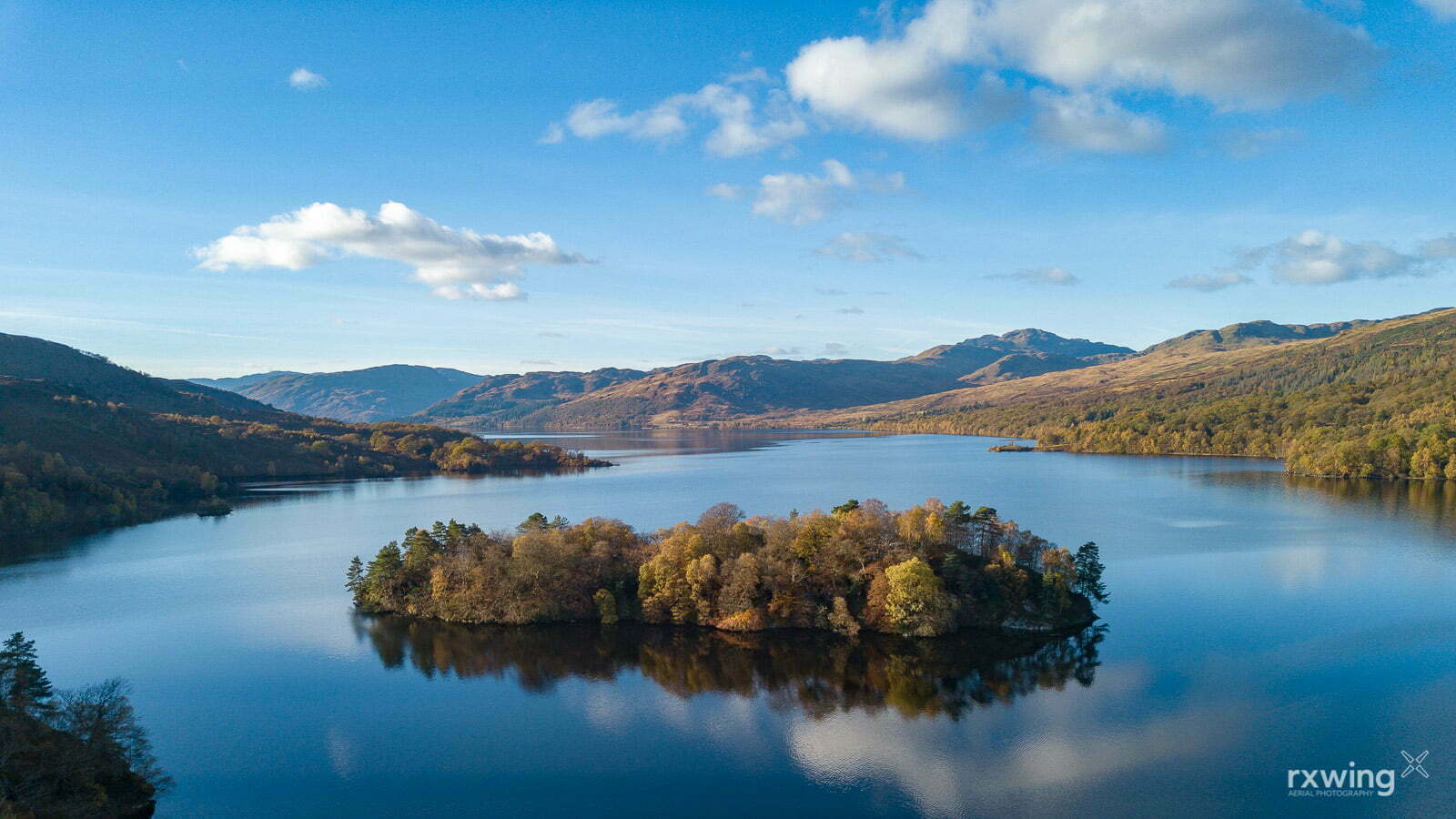 Loch Katrine is a freshwater loch in the Trossachs area of the Scottish Highlands. The loch is 13 kilometres (8.1 mi) long and 1 kilometre (0.62 mi) wide at the widest point and runs the length of Strath Gartney. The loch derives its name from the term cateran from the Gaelic ceathairne, a collective word meaning cattle thief or possibly peasantry. Historically this referred to a band of fighting men of a clan; hence the term applied to marauders or cattle-lifters, which Rob Roy MacGregor, a respectable cattle owner was erroneously accused of being. (wikipedia)