Day 8. Under the volcano 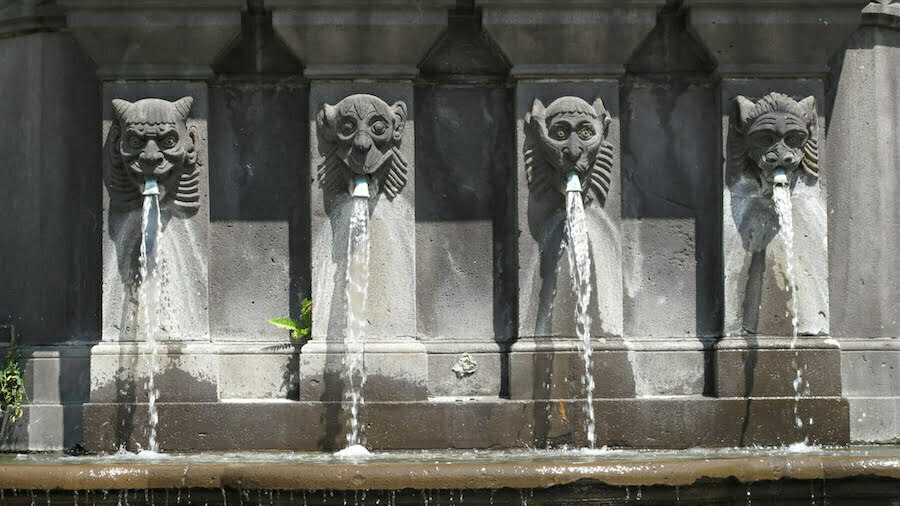 Woke for the sunrise again, it was so stunning I woke up Helen to see it too. Thankfully she agreed!

We were on our way by 8.30 in an attempt to avoid the midday heat and feeling rested and refreshed we made good progress. At about 10am we passed the 500kms mark in a little place called Denone. No fanfare, no cheering crowds, but it felt a significant achievement having started out a week ago with no idea how far we’d make.

Form there we rode through a succession of small farming villages, all the time the volcanoes of the Auverge were getting closer and looking larger. Along the way we saw an buzzard drop it’s catch of a pigeon right in front of us, slightly surprised we rode around the corner where 2 young girls asked me for a ‘pomp’, – wary of entrapment I checked Helen was witnessing all was above board before helping them blow up their flat tyres. With a ‘bon journee’ floating in the air we rode on with me feeling like international ‘bicycle repair man’.

Entering the outskirts of Clermont Ferrand reminded us there were busy towns in France, not just sleepy villages. We found the tourist office where we needed camping and bike route info and I amazed myself with by conducting the entire exchange in French, though I’m not sure the woman who helped me was so impressed with what I was doing to her language.

To the nearest park for lunch where we assumed the parkie meant ‘get those bikes off the grass’ because he stopped gesticulating when we did! I spent the time planning our route up to the Puy de Dome, the huge volcano which at 1465m dominates the area. We were not aiming for the top as it’s a dead end and had been declared ‘out of bounds’ by mutual consent. However feeling good after a rest day we decided to pick a direct route up to the high ground as a way of seeing what we could cope with.

Heading out of town passed thermal spas and towards the mountain it seemed that people were giving us odd looks, as if they knew something we didn’t. Trying to ignore this we pedalled on and as we did it got hotter. On the road Helen’s bike computer peaked at 40.2deg c and with sweat pouring off us we plugged away, stopping to drink (and drip) in any patch of shade there was.

Slowly we found ourselves clearing the roof lines of the tower blocks, round the first sets of hairpins, then the second and beyond. When the trees began to thin out we knew we had made it as far as we needed to go, not to the top, that lay another 500m above (and looked truly punishing). Instead we turned off along a rolling high road which tracked the 950m contour, where houses clung to the slopes hogging the best views while the road dodged between volcano cones with occasional glimpses of the Puy du Dome behind us. We had made it into the mountains and it hadn’t broken us! It was great to be up high, it’s cooler, the scenery fascinating and the campsite by the lake at Aydat is excellent (cold beer and showers).

Time to revisit the maps and see where we can go from here. Up is still a possibility, but will see what the legs give us in the morning.